Jessica was a passionate and talented musician. She died at the age of 21 in a car crash along with her boyfriend Tom and one of his friends who was driving.

Jessica’s first formal experience of a musical instrument was the recorder, although there was always a piano in the house. She started to learn classical guitar at the age of five with her older brother, Oliver. A few years later she progressed to the cello with which she went on to perform with Pendle Youth Orchestra and Westholme School Orchestra. By this time she had taught herself to play the piano and discovered her passion for singing – her best instrument of all!

Performing a lead role in the musical “The Church Mouse” at a very young age, Jessica then went on to land the part of Peter Pan with Glusburn Youth Theatre – fibbing about her age in order to be eligible to audition. Many other lead roles followed with both Glusburn and Pendle Hippodrome Youth Theatre, including Nancy in “Oliver”. Whether playing her guitar to her parents in the kitchen, singing to her assembled family on Christmas day or getting up on stage, Jessica always loved performing music. It was no surprise when Jessica chose to study music at ‘A’ level.

After joining the Westholme School Choir, Jessica performed a number of solos in Blackburn Cathedral. She also sang soprano with Lotherdsale Singers along with her brother (tenor), Mum (alto) and Dad (bass) – a mini choir in one family! Jessica’s rendition of ‘Panis Angelicus’ during her solo performance at a Colne Noyna Rotary Club charity Christmas concert was simply beautiful. Inspired by the rising star that was Charlotte Church, in her teens Jessica would spend many hours practising her singing behind closed doors in her bedroom. At 18 she achieved Grade 8 in her singing exams with flying colours.

After a period of uncertainty about the best way to take her singing further, Jessica discovered Dave Searle at Anchor Studio in Preston. After some initial recording work, he encouraged her to start writing some of her own songs and to gain more experience of live performance. The night before she died she had performed at an open mic session in Lytham St Annes to an audience which included her Mum and Dad, her boyfriend Tom, her brother Oliver and his girlfriend AJ. She only ever recorded one of her own compositions but had been working on a number of others.

Jessica often said that if she was ever in a position to promote Anchor Studio she would do so at every opportunity as Dave had been such a help to her. Sadly, Dave lost a battle with cancer in January 2013, leaving the studio to be run by his son Pierre Jean-Claude Jacquettie Searle. Dave had been one of the judges for Jessica Foxley Stages (formerly Jessica Foxley Unsigned) since its inception in 2010 and is sorely missed. 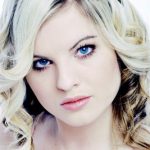 This site is dedicated to the memory of Jessica Foxley and the music projects which bear her name.